„I don’t need good grades. I’m going to do something creative one day“ by the only one that was always allowed to criticize me. 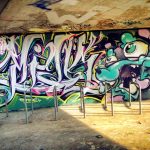 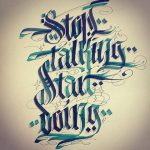 In a tragic way there is maybe no other person in this world with greater and longer influence on my own life choices than Tobi who gave my life the biggest turnover I could’ve ever imagined the moment he made his last decision.

To describe him I have to start very early:

In September 1997 I started gymnasium and met Tobi for the first time. We were two little rascals with nonsense in our heads and so we clicked immediately.

At first quite harmlessly. We designed our own litte DavTo-Mobile on paper. Some kind of camper with all extras we could imagine.

Later on we got in trouble together when we were busted tagging the school toilets.

We smoked our first joint including industiral hemp and fixed with glue. We stole tequila during our School-Camp-Out – my first time fully wasted – we drank Schnaps and tequila and after I had been clever enough to smoke a cigar I threw up in his toilet.

The next day he gave me dry bread to eat which I thankfully accepted.

We mainly had a lot of formative experiences together in our youth.

After the 8th grade we both left school. I went to a secondary school and Tobi finished his gymnasium-degree somewhere in Stuttgart. So we didn’t have that much contact anymore.

While my last 2 years in school made me quiet and more thoughtful, Tobi, as I later noticed, became a big name in Stuttgart’s graffiti scene.

In our twenties we met at the train station by coincidence and we decided to keep in touch more often again.

I was very impressed by the way he lived his life without any compromises and so he told me one day that even in highschool he told his teacher „ I don’t need good grades. I’m going to do something creative one day and for that I need a good art binder. Not a good school certificate“

And while he always improved his own skills he never got tired helping others and seeing their possibilities. Also in me.

In December 2014 I got a message from him that he was in hospital after an accident. I could have never imagined how bad it was but when detail after detail came out we had to accept that we all had to be thankful that he was still living amongst us.

I saw him in hospital 2-3 times a week. Sometimes even until 2 am when the hospital staff was okay with it.

I’m definitely not a perfect person and at some points you always think whether you could’ve done more but when my sister called me on October the 4th 2015 and explained to me that Tobi had killed himself I broke down completely but at least I had spent a lot of intense time with him in the last couple of months that we had the chance to and I’m still a little confused about being the person trying to find the right words to describe someone that once told me lying in his hospital bed that he had enough stories to tell to fill a book with.

I would have loved to read this book.

A few days before cremation I was asked by the family if I would like to visit the coffin and so me and my girlfriend joined them.

I was pretty insecure and a little lost when I stood there because where do you belong in a moment when a mother says goodbye to her oldest son? When the little brother and the little sister that you still remember being little kids stand next to you trying to understand the loss of their older brother.

I don’t know if this is true. Often I get the feeling I missed a lot of important time in his life and other people should stand here to get the chance to say goodbye but as I stood there too shy to speak out loud what I was thinking I whispered a promise and if you look at this page and its details you may be aible to understand a few things that I said that day…