How a short trip to the US turned into my maybe most chaotic and disorganized adventure ever.

I arrived at the airport. Absolutely desperate. The counter for the check in had closed about 20 minutes before I rushed into the building hoping for one last flight assistant to sit there and let me on the plane that would bring me to Fort Lauderdale (Florida) to get my connection flight to Dallas (Texas).
The plan was to meet up with an old friend that now lives in New Zealand to be the surprise guest at a wedding.
Missing that one flight kind of screwed everything at that point and so I sat there not knowing what to do.

Everything could have been quite simple but a misunderstanding left me taking the wrong bus that arrived at the complete opposite side of Cartagena. Even a fast ride with the taxi couldn’t save me from arriving on time.
I missed this flight and there was nothing I could do about it and there was no possibility of changing it.

It took me a while to calm down again and after a few cigarettes and a lot of Whats App conversations with people back home I made the decision to book another one way option for the next day to get me at least near Dallas.
The only chance was a cheap last minute flight to Miami (Florida) with connections in Panama City and Houston (Texas).
So I thought to myself: “Fuck it. I really want to be at the wedding. I haven’t seen these people in ages” and I still had my regular flight back from Dallas to Cartagena a couple of days later.

So I had to stay one more night in a cheap hostel near old town until I returned to the airport the next day.
Even though I panicked a little everything worked out and I could leave Houston airport (missing the connection flight to Miami on purpose) and after a 4,5 hour busride I arrived at the already booked hotel on time. Completely exhausted and 24 hours late but still on time for the wedding.

The time with my friends, the surprise of me actually making it and the wedding paid off well for the stress that I had and so on Sunday, the 9th of April, I was on my way to the airport in Dallas to get my actual flight back to Cartagena with a planned stop in Fort Lauderdale.
All the other guests had planned leaving Dallas as well on Sunday or Monday so from the beginning I knew I only had a couple of days.
Besides this was the cheapest option and so I wasn’t complaining.

This is maybe the moment where I should confess that I am not the most structured person (Maybe this information will surprise some of my friends xD):

Fort Lauderdale (about 40 minutes away from Miami) is not the most complicated airport I’ve ever been to. But it is a litte more east than Dallas and so there is a one hour time difference. Besides that I was told that there have been delays and so I arrived and checked my watch… plenty of time to fetch something to eat. (without recognizing that my whatch was showing the wrong time). 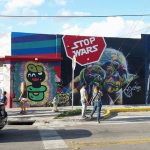 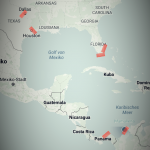 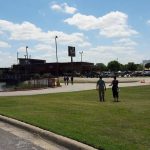 When I arrived at the gate after eating it was already closed and no chance on getting on the plane anymore (not again…). But this time I was lucky and the changing of the flights didn’t cost me anything and so I had 2 extra days in Florida and decided to go to Miami.
After 2 days I finally made it to the airport on time and was able to take my flight to Cartagena… Only 5 days after I had left it.
So I still had the chance to say goodbye to Chris, one of the owners at La Fuente where I stayed most of the time during my stay in Colombia.
His time here was over and he was going back to New Zealand for good.

When I arrived back in Minca one of the Volunteers asked me:
“So where have you been the last couple of days?”

Cartagena, Panama City, Houston TX, Dallas TX, West Palm Beach FL, Fort Lauderdale FL, Miami FL…
Maybe not the answer that she’d expected but well… she asked 🙂
I sometimes hope my trips wouldn’t be that adventurous but that’s just how it is.

Now I’m sitting in a hotel where I’m going to spend the next 2 weeks to work on a sign and think about everything that had happened in the last couple of days. Exhausted but somehow glad that everything happened as it did.
Glad that I made it to the wedding.
Glad that I had taken the challenge.
Glad about all the mental support from Germany.
Glad that I have been to Miami.
And glad to be back again.

Oh and by the way: More than happy that I bought a little blue suitcase in a mall in Miami that is tiny but finally I have something that fits all of my drawing gear. Absolutely everything. And it even has the blue of the TARDIS (Nerd-Alert xD ) 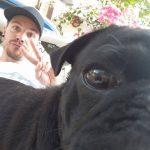 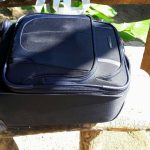 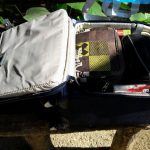 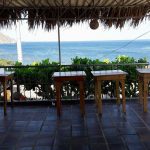 Now I’m looking forward on what is going to happen next.